Franklin and Marshall College Alumni in World War I 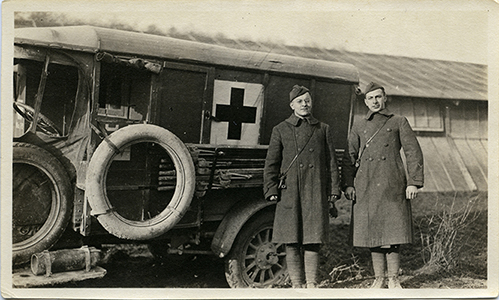 Introduction to the Hollinger diaries

A brief biography of J. Reah Hollinger and an introduction to the diaries and their context in the First World War by Emily Hawk.

Images and Transcription of 1918 diary

Images and Transcription of 1919 diary

This exhibit features Hollinger's diaries and medical objects from the Edward Hand Medical Heritage Foundation Museum to describe the experience of wartime medical treatment from the point of view of the 111th Ambulance Company. By Danielle Cicchiello.
Reah Hollinger and World War I Medicine