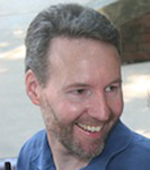 Illustration in the Machine Press Period

Wood and steel engravings succeeded copper plate as the chief medium for good quality book illustrations throughout the 19th century. The process of lithography, invented at the beginning of the 19th century, introduced the planographic method of printing to book production, allowing artists to draw directly on the printing stone. A variety of photographic processes, invented in the later 19th century, allowed for the photographic etching of plates and blocks. The addition of the halftone screen produced the first convincing photographic printing plates in the early 1880s. By the beginning of the 20th century, photographic illustrations were incorporated into book, magazine, and newspaper printing on a regular basis.
What is a Print? - MOMA

The Printing Press and the Halftone Process